Here I summarized some important concepts that may help you before start developing Chrome developers Apps.

What does offline really mean?

Native apps recover from this well because all those resources are stored locally. They’re packaged up in a package that you don’t have to generate UI on the fly. You don’t have some PHP script writing out HTML.

Now, what this means is you have to plan for having a great offline experience:

A simple usage of chrome.storage.local:

What about Service Worker, what about app cache?
I (Joe Marini) agree, it solves a lot of these problems. There are things where Service Worker is great for. But think, it’s not just a technology problem. It’s a user behavior problem.

The way you build your Chrome app is basically like a normal web app , you’ve your HTML, you’ve got your JavaScript, you’ve got the other assets that make up your application.
And the next step you have to do is put a little infrastructure around that, using the manifest file, that defines what the app is and does(name, description, permissions it has, where the entry points are,….), then there’s a file that you get to define – main.js – ( you can call it whatever you want), you specify this in the manifest.
And that is the file that takes care of the entry points into your app.

So there’s an event for example, your app got launched, restarted, and a cloud message came in or an alarm went off.
You handle those kinds of events : 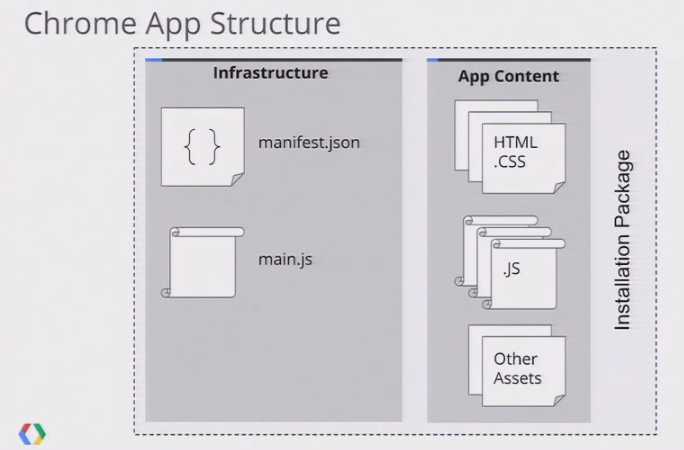 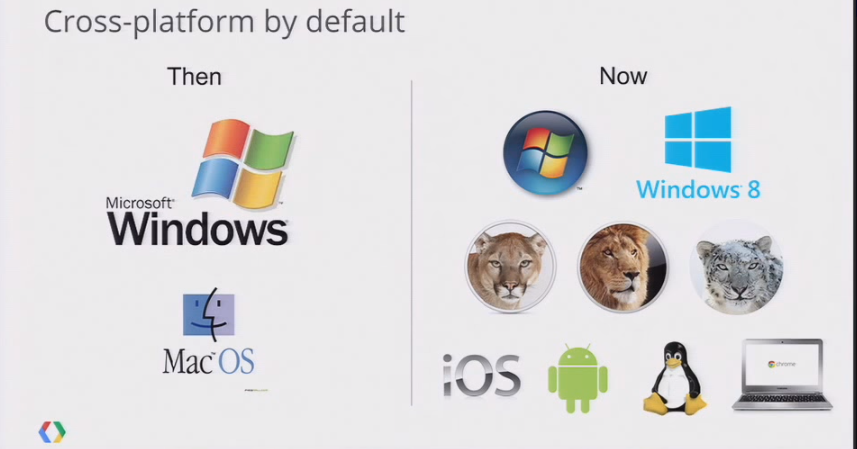 In addition to being offline and cross-platform, we have a very heavy emphasis on being cloud-enabled by default.

Users increasingly expect their data to be everywhere, and your apps need to address that expectation.

This summary based on YouTube video ( by Google developer Joe Marini) called:
Develop Chrome Apps on desktop/mobile, distribute and profit – Chrome Dev Summit 2013
Here you can watch the entire talk at YouTube

Thanks and hoping this helped you understanding the Chrome apps structure.

Hello, I'm Mohammad Daka, software engineer who love coding. In my spare time I blogs about JavaScript,PHP, Chrome Extensions, helpful resources and tools, I'm also working on my own projects. Don't hesitate to contact me at my twitter account: @mohammad_daka :)